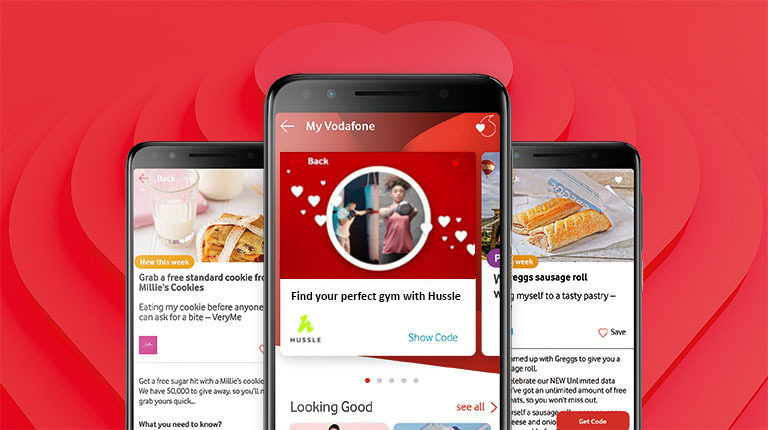 Hussle has today (6th August 2021) launched a new marketing partnership with Vodafone which aims to increase participation in fitness across the 2 million customers that benefit from Vodafone’s ‘VeryMe’ campaign.

The partnership is the latest in a series of collaborations launched by Hussle to support the gym industry in reaching new customers in a cost effective manner.  Recent partnerships have included collaborations with the ‘fintech’ giant, Revolut, and the Premier Inn Hotel chain.

Director of Fitness Partnerships at Hussle, Jamie Owens, said: “It’s great to be able to announce exciting partnerships with national brands like Vodafone, Revolut and Premier Inn Hotels for so many reasons.”

“Firstly, it validates our position that the network of collaborating operators across the Hussle platform generates a hugely appealing commercial opportunity for brands in other sectors to engage in fitness.”

“Secondly, with our new Membership Conversions Service now up and running, there is a direct pathway from marketing campaign to new joiner for participating operators.  The partnerships are set up by Hussle with investment from the commercial partner, the campaign is activated with the new audience, and the Hussle Membership Conversion Service provides the link from campaign to new joiner at our gym partners.”

The Vodafone campaign will be co-funded and promoted by Vodafone as part of their #feelgoodfriday promotion through VeryMe Rewards, with access to the campaign specifically limited to customers with a registered Vodafone sim-card.  Similar campaigns have been highly successful in the past with previous Vodafone partners including Costa Coffee, Greggs and Vue Cinemas.

Head of Commercial Partnerships, Lawrence King, said: “The fitness industry historically, has struggled to secure truly national consumer marketing partnerships as the geographic coverage of any single operator has been too narrow for potential commercial partners. With a gym in 96% of UK postcode regions, Hussle is ideally placed to support the coverage requirements of companies like Vodafone and create new marketing opportunities for the fitness industry to reach genuinely new people.”

Get to know: Matt Evans
The importance of managing member expectations
Hussle partners with McDonald's to bring fitness to Monopoly game

What January tells us about the 'Golden Quarter' for the gym industry in 2022
The common - but dangerous - misconception about 'free' members
Providing value, even to members that don't attend